With the ongoing Season 2, of Komi Can’t Communicate, we’re falling more and more in love with this wonderful comedy and slice-of-life anime.

When ‘Komi Can’t Communicate’ got an anime adaptation, both anime and manga fans were a little worried about how the animation would turn out, but the animated version of the Manga turned out to be great, from the immense comedy to beautiful moments, everything in the anime was just right.

As we all know, Komi Can’t Communicate features a variety of endearing characters who serve as the anime’s foundation. From a lovely Kamisama of the class to an enthusiastic boy dressed in a girl’s attire, the characters are full of elements.
The anime talks about Komi-san’s communication problem, but she’s not the only character who contributes to its success. Several other characters assist Komi-san in overcoming her communication issues and befriending her, allowing her to achieve her goal of making 100 friends.

That is why these 7 are among the greatest characters in this lovely anime. 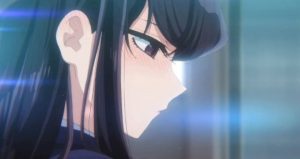 Shoko Komi, the protagonist, is considered a queen, a stunning and flawless Kamisama who should be safeguarded at all times. Komi-san, on the other hand, receives no affirmation in any of this at all, on the contrary, she would prefer to have a single true friend over a thousand fans.

Komi-san is completely unaware of her celebrity. She frequently misconstrues people’s admiring gazes as disapproving glares, exacerbating her nervousness and causing the iconic trembling. She is frequently taken aback whenever her peers treat her like a queen, but she doesn’t seem to mind, because she doesn’t understand it. 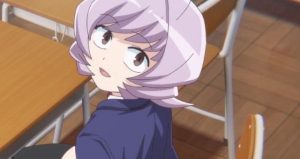 In every school, there is usually that certain person that everybody knows. That person is Najimi. He is not only well-liked at school, but he is also far more famous than anyone at Itan High School. Since childhood, Najimi has been a born extrovert with great social abilities, so they have acquired thousands of friends all around Japan.

Zombie Zoo: an Anime Is Based on a 9-year-old Boy Art Collection!

Death Note Short Stories: The Story With Immense God-complex Is Coming Back!

Nobody in the anime Komi Can’t Communicate, not even Komi-san or Shosuke, could organize a party or an event on the spur of the moment and gather dozens of pals. Najimi is among the most loved anime characters ever created, based on his total number of friends and his girl-boy personality. 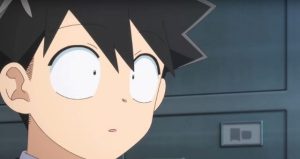 On deliberately, Tadano is a bland kid that hardly sticks out. Because Tadano is remarkably sympathetic and insightful, he earned the title of being Komi-san’s first true friend. He has a deeper understanding of Komi-san’s inner thoughts than anyone else.

He may appear to be a regular guy, but he possesses exceptional observation abilities. He could sense the air so well that he not only understands Komi-san’s feelings but also those who are unable to articulate them clearly.

Overall, Tadano isn’t the biggest guy in the anime Komi Can’t Communicate, but he’s not exactly loathed either, and he’s slowly but gradually growing his social circle thanks to Komi-san. He is also Najimi Osana’s childhood pal, showing he also can make friends. 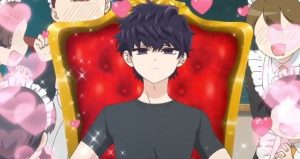 Shosuke Komi is Komi-san’s younger brother, although while he is quite as well, he does it on purpose. He does not have the same anxiety issues as his sister, yet even if they had never said anything, both Komis is extremely popular. Shosuke, unlike his older sister, is used to seeing this.

Shosuke is considered an exceedingly attractive and cool guy who is extremely popular at school, just like Komi-san. He gets a huge amount of admiring glances wherever he goes, but he avoids them all because he is uninterested.

Unlike many other characters in Komi Can’t Communicate, Shosuke is famous for having nothing whatsoever to do with. 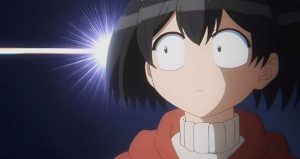 Hitomi, Tadano’s younger sister, is likewise compassionate and observant, but she is more outspoken than Tadano. Hitomi is a confident, extroverted individual who has never appeared self-conscious as to what she thinks or does. This gives her self-assurance, which made her popular in the anime Komi Can’t Communicate.

Hitomi is well-liked at her junior high and also has a large circle of friends. Eventually in the manga, she starts high school alongside Shosuke Komi, who ends up in the very same class as her, and Hitomi is constantly bothering him. Shosuke doesn’t appear to enjoy it, although he may change his mind later.

Ren Yamai would be that eccentric individual that goes out of their way for their love interest. Ren Yamai is captivated with Komi-san in this scenario, so she desires Komi to herself only. She is Komi-san’s insane fan.

She is so devoted to Komi-san that she will not allow anyone near her, including Tadano. Ren has lots 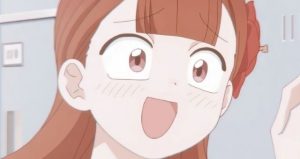 of other buddies to spend out with regardless of her questionable behavior.

Engage Kiss: Everything You Need to Know About the New Rom-com Anime!

Bubble Anime: What Does the New Anime Bring to the Sci-Fi Genre?

Ren is frequently seen with a group of female friends who have all been happily conversing, and Ren despises being disturbed, especially by someone like Tadano. Ren could become more famous if she could learn to chill out and stop becoming so obsessive, but that’s doubtful. 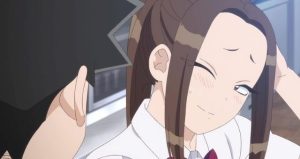 The pleasant big-sister kind Nene Onemine, who’s well-respected and liked across the school, and is one of Tadano’s most famous friends. Nene isn’t usually accompanied by a mob of people, and it’s clear that she has a large following. It’s a lot of responsibility if you have four younger siblings.

Such responsibilities also teach you how to be wise. Nene is indeed the big sister, not only to her family but to all of her friends, as her name implies. Nene wielded enormous power as a result of her reputation, and she can enlist the assistance of almost anyone.

She’s also gotten friends with Komi-san, which will only increase her appeal. Nene, on the other hand, is not the kind to behave like an alpha female about it all.

Komi-san is encircled by many friendship networks, but some of her peers are incredibly popular, with big social circles to show for it. Many of them have extensive internet community circles, and Komi-san aspires to be well-known one day with 100 friends.

All these are the Komi Can’t Communicate characters with the most fame, as measured by the number of people who like them or the extent of their friend circle.