When we talk about the anime series, we immediately think of a show with great visuals, interesting characters, and a story that keeps us interested. People have always been interested in the popularity of anime series. Already, the community is growing very quickly, and now it’s important for people to know about them.

My Hero Academia is one of the most popular new anime shows that you should check out if you want to watch a good show. The show has already gotten a lot of attention, which is why there are already five seasons out. Everyone can’t wait for season 6 of “My Hero Academia” to come out.

Based on the same-named manga series by Khei Horikoshi, the anime was already well-known when it came out for the first time. People in the thousands had already read the manga and were waiting for the anime to come out.

What Will Happen in My Hero Academia’s Season 6 Plot?

At the end of the fifth season of My Hero Academia, there was a scene after the credits where Class 1A looked out at a city full of bad guys. This gave us a hint about the next big plot, which is called the “Paranormal Liberation War.”

Based on chapters 253–306 of the manga, this arc is basically a full-scale war between our heroes and a group of villains working together. It is easily one of the most famous stories in the fandom.

Without giving too much away, the Heroes now know enough about the Paranormal Liberation Front to face them head-on. This is thanks in large part to Hawks’ sneaky spy work. And when this fight is over, our heroes won’t be the same as they were at the end of season five. 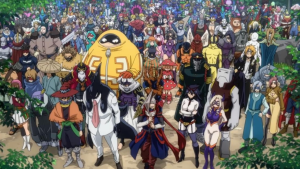 Before that, though, Studio Bones has also said that fans who can’t wait for new episodes will get two new OVAs. In an acute nod to the sports shonen genre, the first one, called “HLB,” will be about our heroes playing baseball. Watch for it in June of 2022.

Also Read:- Great Escape Season 3 Release Date: Is There Going to Be the Third Season of Great Escapes?

My Hero Academia has a huge cast, so here’s a list of the main Japanese and English voice actors who we think will be back for season six:

In season six, though, there will be a lot more students, teachers, and bad guys. If you want to know more about the Japanese and English voice actors who aren’t mentioned here, you can check out this link. 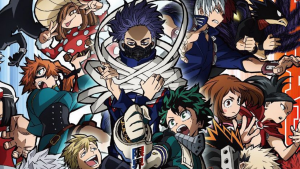 When Will My Hero Academia Season 6 Premiere?

Fans have known for a while that the sixth season of My Hero Academia is coming out this fall, but The Weekly Shonen Jump recently teased on the cover that it will come out in October 2022.

But thanks to a special screening at the show’s annual Hero Fes event at the end of July, some lucky fans will be able to see the season six premiere earlier than that. Even though clips may be available online, we won’t get to see the whole episode until October 2022.

Around August or September 2022, My Hero Academia is likely to show more new footage. In the meantime, you can watch the trailer above to see what’s happened in the lead-up to season six.

Is There Any My Hero Academia Season 6?

Fans have known for a while that the sixth season of My Hero Academia is coming out this fall, but The Weekly Shonen Jump recently teased on the cover that it will come out in October 2022.

Is Deku a Villain?

Personality. The villain Deku comes in many different forms, but the most common one is either a cold, calculating person who uses infiltration and espionage to stay three steps ahead. He is either crazy or hates all heroes. After his idol told him he couldn’t be a hero, he gave up on being one for good.

Read Also:  Breathing Exercises to Try When You Feel Anxious in 2022!

At the start of the anime, Bakugo is definitely Midoriya’s enemy, but the show doesn’t make him more of a bad guy. Instead, it lets him grow at his own pace and gives him chances to do so.